So I arrived safely yesterday in Melbourne after a long series of flights from Chicago to LA, LA to Sydney, and finally Sydney to Melbourne. I was able to sleep, read (I finished one and a half novels on the ride), and write (until my battery ran out) during the more than 15 hours in transit.

My first impressions of Melbourne is that it looks like flying into Chicago. Meaning, there is a long coast line, with the city center of skyscrapers near the shore, then flat land all around. Even the brink and wood bungalow and row houses remind me of Chicago. Stephen Langdon from Swinburne picked me up from the airport. He is nice with a great sense of humor. We drove through the various sections of the town — the Docklands, which are the redeveloped harbor area; the warehouse area, and the small commercial corridors. There is a lot of new construction, with mostly mixed residential and retail mid and high rises. There seems to be lots of parks and there is, of course, the sea.

For the next few days, I hope to avoid getting hit by a car because they drive on the left side of the street. I kept getting into the wrong side of the car.

Demographically, Melbourne seems mostly Anglo-Saxon and Asian (East as well as Southeast). The Design Faculty is located in Prahran, which you can tell was formally the Indian ghetto because the architecture has lots of Indian wood and lattice work. 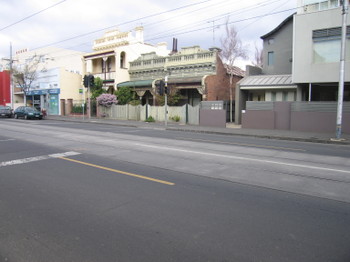 My flat is from the 1930s and decorated in a gorgeous Art Deco style. I feel really comfortable in it. It has heating lights and a Jacuzzi tub in the bathroom (it would be 4 star because the bath and the toilet are in separate rooms tee hee), plasma TVs in almost every room (but there are only 4 channels so it does not matter), two bedrooms, living room, and a fair-sized kitchen. Most importantly, it has high speed internet. Tee hee. I will spare you the images because you can find them here, but I will include one image of the Art Deco door. 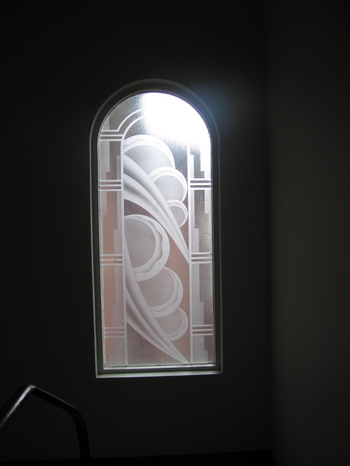 It was a good starting day. I will describe more about today later tonight when I get in. It's about 5:10pm here in Melbourne.

Nice blog. Interesting matter about Melbourne. I would love to go there.

Enjoyed your talk on 'By Design' and was very sorry to miss your Swinburne gig. Please contact me at my Monash email if you're going to be in Melbourne for much longer as your work interests me greatly. My area is the sociology of the arts and I work in a communications program. I;m planning to move into the kind of area you work in so would love to chat.

Hey Dori,
What are you doing down here? How long will you be? If you come through Sydney, I would love to get a chance to chat in person. Blog comments are so impersonal.