In planning for the trip to India, one of my main objectives was to go to the National Institute of Design. Every Indian designer I know and respect has a direct connection to NID as an alumni, faculty, or student. Sudhir is a graduate of NID. MP Ranjan was both a student and long-term faculty member of NID. My admiration for NID important because I had my first snag in the trip.

I had been double booked for at talk at NID at 5:30pm and CEPT at 6:00pm. No matter what, neither institution was willing or able to change the time. So I had to decide to cancel the talk at CEPT. It was probably the best decision. I got the opportunity to tour the studios of NID, with Praveen who leads Industrial and Systems design as my guide, whom I had met in Melbourne.

The campus is stunning in terms of modernist architecture, probably reflected from the Ulm Bauhaus connection with NID. 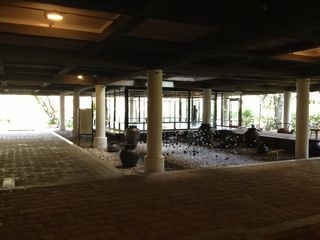 There is a wide variety of studio spaces. Taking only 100 students out of 50,000 applications per year, NID has ample space for each student who works both individually and on teams to solve complex design challenges 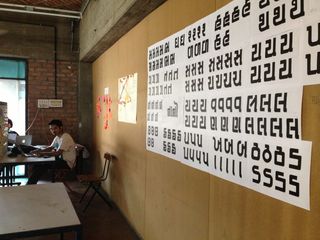 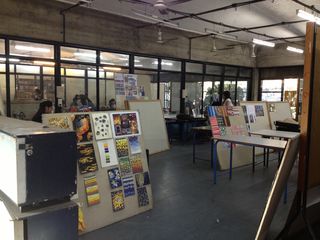 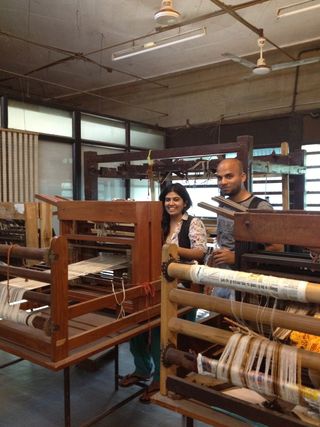 The talk was probably the best I had given because of the ambiance and my general excitement of presenting at NID.  They had arranged to record my talk to make it open to a wider audience. The auditorium was full of students and staff. (I was told that most talks are not so well attended as this one.) It was explained that the students and the staff at NID know me or know of me. They have followed my blog for years, or seen video lectures I have given elsewhere, and we have met in other cities at conferences and visits. I loved the brief dialogue with the audience after the talk. The students are bright, engaged, and needing to develop the confidence to led India (and the rest of the world) in the 21st Century.

Everyone has talked about how NID has changed and with the forced retirement of a lot of the best professors, it has gone down in quality. But if there is one place in India, where I would like to spend some time teaching, it is NID.

The next day Sudhir, Ira, and I parted ways. I felt so sad to leave them. Ira had to go to school. Sudhir had a meeting in Mumbai and I was off to do some Swinburne recruiting work. I met with Pankaj Arora of Swinburne International to meet with some of the agents who help us recruit students for Swinburne. It was interesting to see (1) how we pitch Swinburne to international students, (2) the process that these potential students go through with the agents, and (3) what are the current trends in overseas applications. Swinburne is promoted mostly through word of mouth of former graduates and their families. The agents work mostly with undergraduate applications as the PhD process is more self-directed. The trends are IT and biotechnology, especially at the postgraduate levels. PhDs are on the rise.

After visiting two agents, I went to the hotel to get my things and head to the airport for Jaipur.