My second day in Pune was about exploring the different aspects of Pune city (the old and the new) with Sudhir Sharma and Marianna Kornilenko. 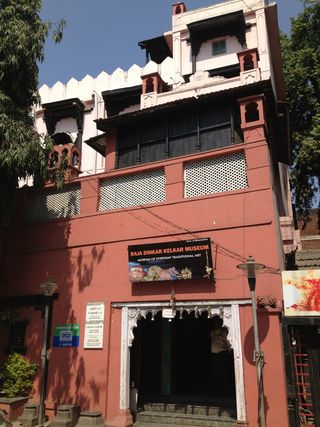 We started with the old by visiting the Raja Dinkar Kelkar Museum in the old city. Having received the Pune Guide book put together by Indi Design and the Pune Chamber of Commerce, I was more familiar with the city and its history. Indi design has had a long standing project with the Raja Dinkar Kelker Museum helping it transition from a small local family "collection" to a well-known museum for "everyday Indian art objects." Marianna is the manager of the project, responsible for helping the museum with branding and marketing. So she was graciously my official guide to the museum.

The Raja Dinkar Kelkar Museum is the one-man collection of Padmashree Late Dr. D.G. Kelkar (1896 -1990). 'Kaka', as Dr. Kelkar was affectionately known, dedicated his collection to the memory of his only son `Raja’ who died an untimely tragic death. It is a collection about 21,000 priceless artifacts which mirror the everyday life of India

Only about .5% of that is shown in the actual museum. Everyday life in India is represented by the arranged of display cases arranged by purpose and materials such as cooking utensils, beauty implements like combs, mirrors, and make-up boxes, doors, birdfeeders, statues of the Gods and Goddesses, farming implements, vases, etc. Different sponsors take responsibility for the exhibiting of certain display cases. Some have extensive lables and illustrations providing a context of use, others do not as it has proven to be difficult to track the origins of many items in the collection. Most of the items in the collection are from another state, Gujurat, which has a rich tradition of intricate design.

The museum was full of school children who greeting Marianna and I with shy "hellos" to practice their English. It is great that they are being exposed to their rich heritage. There seems to be a great opportunity loss by the fact that none of the local universities are involved with the museum. Perhaps that is something Sudhir can help with in the future.

Our next destination is the Pataleshwar Cave Temple in the city. This is a temple carved from a single rock around 8th century C.E. Because it is near University campuses, there were lots of students city outside the temple talking and having lunch. This is where the connection between India and Ethiopia become very apparent to me. The temple reminded me of the rock-hewn churches of Lalibela. Again, this is not surprising because Indian artisans were brought to Ethiopia to work on the churches. But it explains why to me, Pune and other places feel more familiar than strange because it "feels" very similar to Ethiopia, where I lived for almost two years. 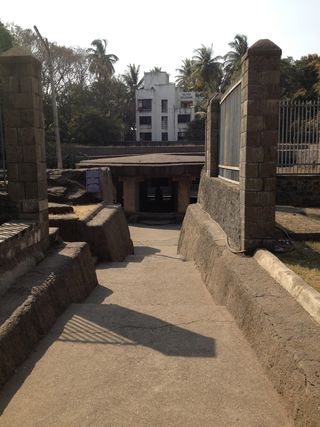 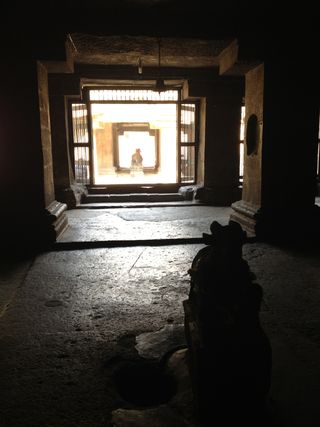 The Temple as explained by Sudhir is to evoke all of the senses. Incense is burned to evoke smell. There is a bell than one rings before one stands before the Gods, in this case Lord Shiva and his consort Durga, and Nandi his bull. In fact, when you first enter the compound you are greeted by Nandi. 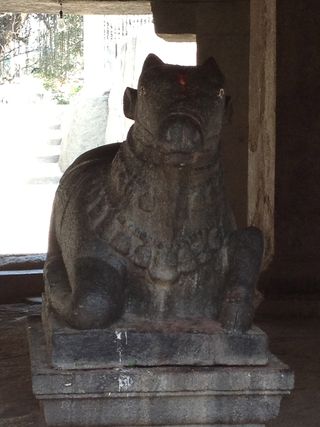 Feeling  (touch) is emphasised by the cool temperture of the cave, especially the rock on your bare feet. Sight is enhanced by the beautification of the Gods, garlanded with flowers and precious stones. According to Sudhir, this cave as a heritage site has minimal gold and other "bling" because no one is allowed to change anything. Sight is also enhanced by the carvings on the walls and floors. Most of these carvings are incomplete. Taste is connected to smell, but also the offerings given to the Gods. 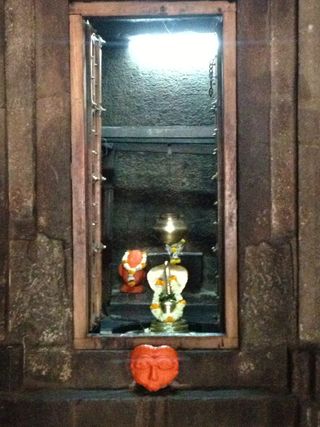 After the Temple, we went to lunch at Hotel Shreyas, which serves traditional Maharashtrian foods. Ahh...me, food, and India. As a vegetarian, India is food paradise for me. I have always loved Indian food, so every meal that I have causes an explosion of joy. This will be one of the rare overseas trips where I am concerned with gaining weight. I unfortuately keep forgetting to take photos of the food before I eat. But here is the link to the hotel services page that has an image of the thali's we ate. Here is a link to a description of traditional Maharashtrian thali. All I have to say is that it was soooooo delicious.

Following lunch, we went to the Phoenix Mall for clothes shopping and to see a Bollywood film. The Phoenix Mall is like any mall that you can see anywhere in the world. Many of the shops are "Western" brands such as Polo, Blackberry store, Adidas, Gloria Jean coffee, but there are Indian shops as well. 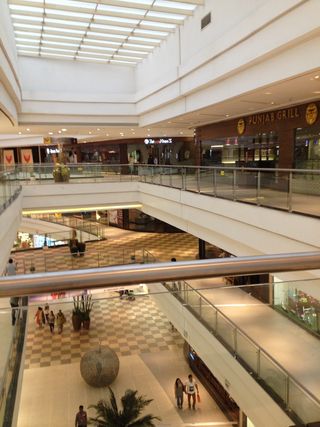 We first went to a shop that was kinda K-martish but only clothing. Looking for a Salwar Kameez, I did not find anything I wanted there. The next store we went to was a store called Ethnicity, in which I bought three salwar kameez's, which I have been wearing since. They are very comfortable for the weather and sense of modesty.

We then went to see the film Special 26, which was based on true events in the 1980s, when these con men pretending to be Indian Bureau of Investigation employees swindered corrupt business men and politicians of their "black market" monies. It was a very good film, reminding me of Spike Lee's The Inside Man. It was not what I expected as a Bollywood film because there was only one dance scene ( a very realistic wedding scene) and one romantic song scene, but it represented probably the urban Middle-class cinematic sensibility.

After the movie, which ran 3 hours, we dropped Marianna off and the hotel, me back at the hotel, and Sudhir went home. Sleep was needed to prepare for our next adventure in Ahmedabad.