Mr. Chin told me a urban legend of being served fish with the head and tail still moving. The last day in IM we went to a restaurant known for its fish. They have a special table which had a huge wok pot built into it. They said that in the countryside, the stove would be connected to the bed to keep it warm.

They picked out five live fish who were cut up and thrown into the pot with water and spices. The wood fire was lit with a pink bar of solid alcohol.

We selected a variety of vegetables and some thick noodles. The fishes tail was still moving when it was in the pot. It only stopped moving when the heat was too hot. So not an urban legend at all.

The fish soup was the best that I ever tasted. They baked bread on the sides of the wok pot which was delicious as well.

We had gone early but around noon groups of women in their 40s and 50s arrived and chatted loudly. Later families of parents, toddlers, and grandchildren arrived. It seemed a nice place for lunch. 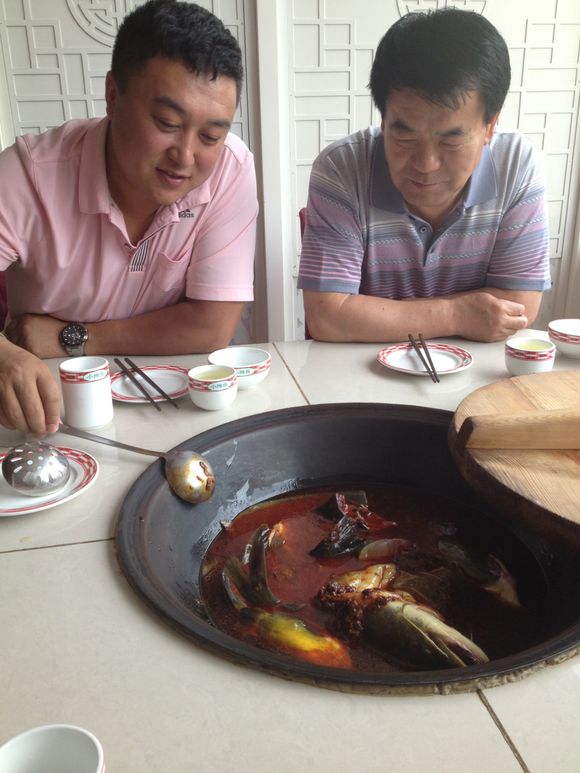 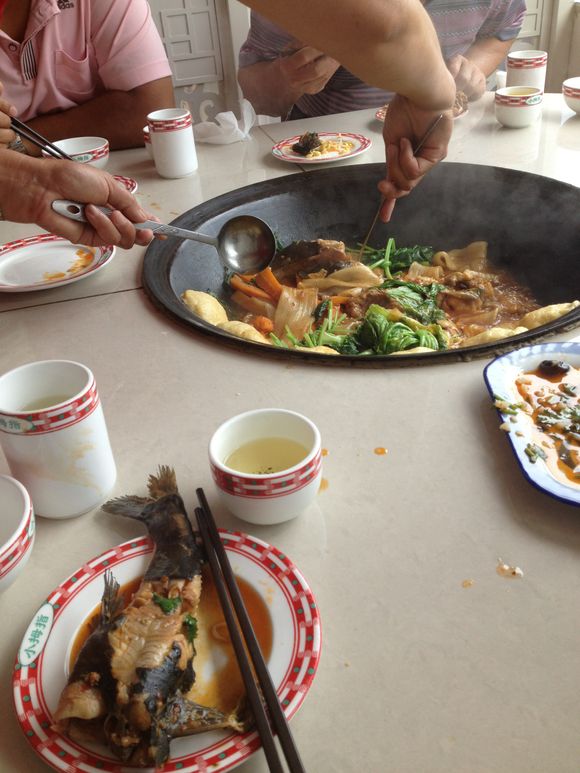 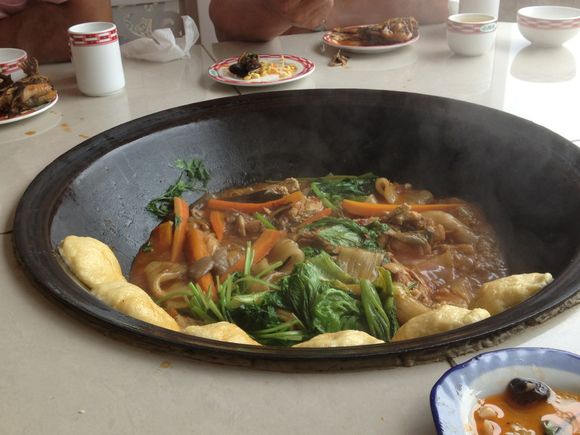